“I have some really big news”
“You’re not pregnant are you?”
“You’ll just have to wait and see. I’ll let you all know later at Alex’s”
“Come on Cass, tell me! Pleeeeaaassseeee”
“Nope. I’ll see you later” Amy dramatically groaned, hanging up.
Jack was out with Alex buying alcohol for the little get together at Alex’s place and everyone else was busy. She had nothing to do. Amy scrolled through her contacts list trying to find someone to call.
“AMY! Why do I never hear from you anymore?” Holly practically shouted down the phone.
“I’m sorry, I do work!” she laughed.
“Anyway, are you busy?”
“I’m never busy”
“Good. Do you want to come round to my place? We can watch a movie and just eat crap before I go out later”
“OF COURSE I DO!” she squealed.
“Okay okay, I’ll come pick you up then”

“Amy, this isn’t your apartment” Holly was confused as they pulled up. Amy had completely forgotten to tell Holly about her and Jack being back together. She doubted anyone knew about them again.
“Uh, umm, I got a raise in work so I got a new place”
“Oh, cool. It looks a lot better than your old place” Amy just laughed.
They stepped in the door and almost immediately, Holly spotted all of the framed pictures of Amy with the guys. She rushed straight to them to pick them up.
“I’m so jealous that you’re friends with them! How come you never let me see them?” Holly pouted.
“Because I’m afraid they’ll get a restraining order against you” she laughed.
“Make yourself at home” Amy gestured towards the couch.
“Put a movie in, I’ll go make popcorn” Amy smiled, walking off into the kitchen.
Amy walked back in to see what film Holly had chosen.
“Oh no. No no no! We are not watching this” Amy protested against the horror film Holly had chosen.
“Oh come on! It’ll be fun”
“Holly no, I don’t like horror films”
“But it’s still daytime so it won’t be as scary. Come on, I’ll hold your hand” Holly laughed as Amy took a seat next to her.
“Ugh, I can’t believe you’re making me watch this. If I pee myself, you can clean it up”

“NO HOLLY, I CAN’T WATCH IT. CLOSED DOORS ARE NEVER GOOD” Amy now cowered under the blanked she was using for warmth. Amy peeked her head out for a split second to see something jump out of the door. Amy fell of the couch with a hard thud, taking the bowl of popcorn with her while screaming. Holly sat laughing at her older cousin.
“I knew this was a bad idea” Amy groaned.
The pair screamed as they heard the front door close.
“Amy?” Jack called out.
“Oh no” she said. Holly’s head snapped around as soon as she heard the voice. Amy lay down on the floor, pulling the blanket over her head as she knew she was done for. Holly was about to go all fangirl, and she knew it.
“I think your girlfriend’s been murdered judging by the screams and now silence” Alex laughed. Well shit. Now Alex was here too.
“GIRLFRIEND??!” Holly shouted at Amy. Amy groaned from the floor.
“Oh no” she heard Alex say from the kitchen. He knew straight away who awaited them in the living room.
“What are you doing on the floor?” Jack laughed.
“She fell off the couch because of a jump scare. She almost peed herself too” Holly stated.
“DID NOT” Amy shouted, offended.
“Hey Holly” Jack smiled at her. Amy just knew that Holly would be grinning at him.
“Alex, get in here” Jack called. Alex wearily walked into the living room to see Holly standing there with a huge grin plastered on her face.
“Oh come here then” he laughed, holding his arms out. She practically ran across the room to hug him.
Amy pulled the blanket off her head, now sitting up. She was met with Jack crouching down besides her.
“Hey you” she smiled. He grabbed her hands to help pull her up off the floor. He leaned down to give her a quick kiss.
“Can someone tell me what the heck is going on here” Holly stood by them now.
“Nooooo” Amy nuzzled her head into Jack’s chest, wrapping her arms around his waist.
“Come on, she deserves to know” Jack kissed the top of her head.
“Fine. We’re back together” Amy had to cover her ears at the high pitched scream that came from Holly.
“I knew it! I knew you two couldn’t stay away from each other!”
“Just please don’t tell anyone yet. The fans don’t really know yet” she begged her cousin.
“Your secret is safe with me” she grinned.
“GROUP HUG” Holly pulled Amy and Jack into a hug, squeezing them.
“You too, Gaskarth” Alex trudged over, trying to wrap his arms around the three of them and miserably failing.
“I better get you home” Amy said to Holly after their group hug dispersed.
“But Alex and Jack just got here” Holly pouted.
“True, but we have plans. Now come on” Amy laughed.
“Say goodbye”
“Okay. Can we just have another group hug, without Amy?”
“Hey!” Amy said, offended.
“Hey, I’m gonna be sharing a car with you in a minute” Holly laughed.
After 10 minutes of Holly hugging Jack and Alex and refusing to let got, Amy finally got her in the car to drive her home.

“Come oooonnnn Cass, tell us the news!” Amy sat in Jack’s lap, an arm around his neck.
“Okay, okay” she smiled.
“So… I’m pregnant!” she grinned.
“I KNEW IT OH MY GOD, I BETTER BE GODMOTHER” Amy grinned from ear to ear.
“Nah, I’m just kidding”
“YOU BITCH” Amy threw a cushion at her, missing her narrowly. Cass just laughed at the disappointment on Amy’s face.
“I’m gonna be gone for a few months” Cass looked at Amy to find her shocked.
“How is that good news?” Amy was upset.
“Because I’ll be staying in LA to record a new album” Cass grinned. Amy stood from Jack’s lap to pull Cass into a hug.
“I’m so happy for you!” she said into her ear.
“I’m going to miss you though. What am I gonna do every time I get into an argument with Jack? I’ll have no one to bitch to”
“Hey!” Jack called from his seat.
“Ooh, you can come to my place. I wanna know all the gossip” it was now Jack’s turn to throw a cushion in Alex’s direction.
“I’d say you’ll be fine, but with these idiots? I’m kinda worried to be leaving you now” Cass laughed. Amy grabbed her bottle and raised it in the air.
“To Cass! May your new album be the bomb!” Amy laughed as everyone toasted with her.
Amy put her drink down so she could take a quick bathroom break.

As she walked out of the bathroom, there stood Jack leaning in the doorway of one of the rooms. He motioned his finger, beckoning for her to come to him. She walked to him, giggling at him.
“What’s so funny?”
“You. Are you trying to be sexy?” she laughed.
“Maybe” he pouted.
“Good, because it’s working” she pulled him down by his t-shirt and kissed him. She walked with him into the room, kicking the door closed behind them. The back of Jack’s legs hit the bed and he stopped. Amy just looked at him as he removed his t-shirt. Amy did the same leaving her standing there in her bra and jeans. Jack quickly reconnected their lips, twirling the pair around to lay Amy down on the bed. He quickly crawled on top of her, his mouth moving down to her neck to bite gently. Amy’s hands clutched at the back of his neck as she couldn’t control her breathing. Jack placed kisses along her collar bone, up her neck, across her jaw and back to her lips. He reached around her back, unclasping her bra with ease. He was getting good at that. His hand immediately connected with her left breast as he massaged it with his large hand. Amy pulled away for a moment to catch her breath. Missing the feeling of his lips instantly, she pulled him back down into a heated kiss.
“Guys you’re missing everything down here, Zack is doing shots” Alex called from the stairs, but the pair were completely oblivious to him. All that mattered in this moment was each other. Jack’s hand travelled down her stomach. Just as he slipped his hand into her jeans, the door swung open.
“What are you guys do-AH NO! NOT ON MY BED, NO!” Alex shouted in disgust. Jack fumbled to get off of Amy as she pulled up the covers to quickly cover herself.
“Alex! Get out!” Amy shouted at him.
“Just put some clothes on. Oh my god, I can’t believe you were about to do it on my bed” he said scrunching his face up before leaving the room. Jack burst out laughing.
“Jack, this isn’t funny” Amy scolded him.
“But did you see the look on his face!” he laughed even more. Amy shook her head while collecting her clothing to get dressed.
The pair walked down the stairs, Amy completely embarrassed. All eyes turned to them as they returned to the group. Alex opened his mouth to speak.
“Not a word!” Amy snapped at him, Alex immediately closing his mouth again.

So it's 5:15am and I still haven't slept yet. I'm up at 9am. Yay. So here's a list of things that happened while I was awake
1) Zack announced on twitter that the guys will be on the road again very soon
2)Confirmed new ATL music is in progress!! And apparently, and I quote 'it will be a swift kick through the front door of rock music' Kinda pissing myself with excitement. And
3)Alex filmed Jack in the shower and we got a nice view of his ass. Thanks Alex :) 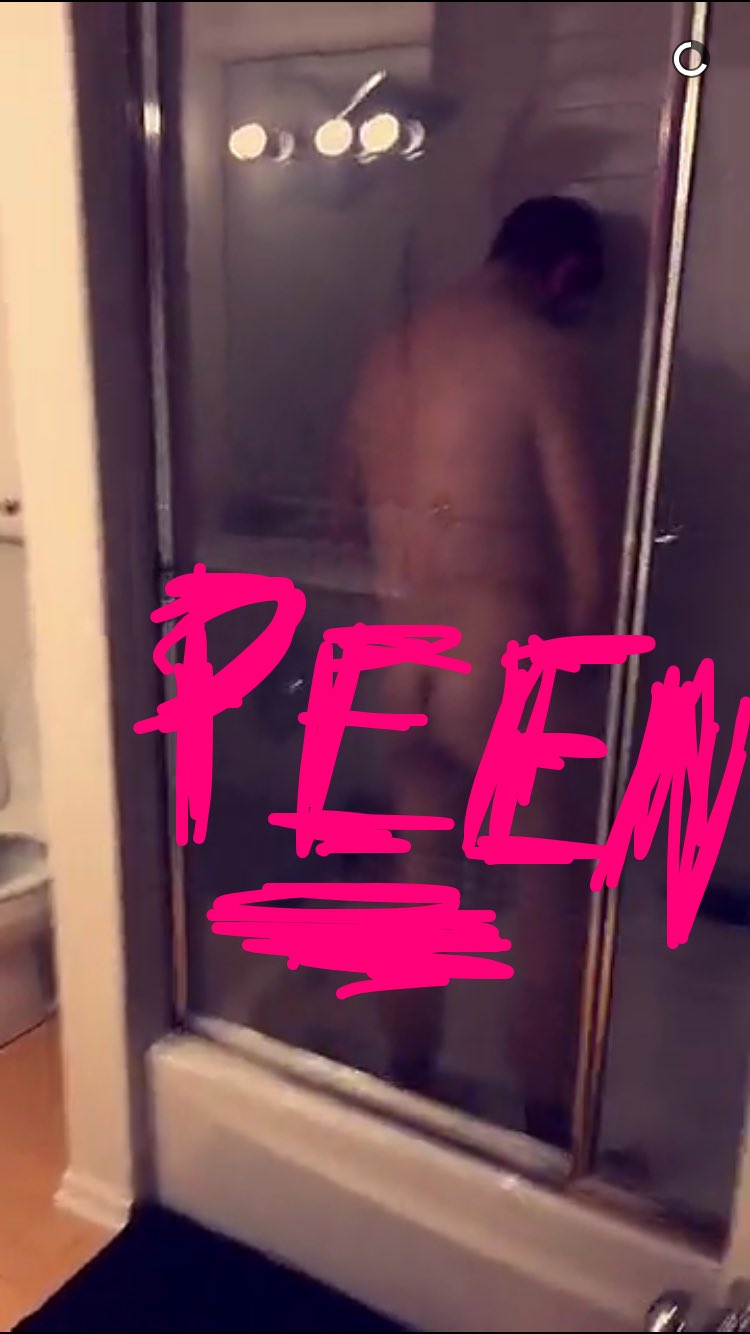 Also, I have a youtube channel where I've uploaded a few of my videos when I've seen All Time Low, so you're welcome to check them out if you like :) here

@Northern Downpour
You better fix it in the sequel!

@aweirdkindofyellow
I apologise omg, but I couldn't just end it on a cute, fluffy note :D honestly though, it killed me writing it. My heart actually hurt.

I knew it, he was going to propose! But I did not in any way expect Holly to do that! WHY WOULD YOU EVEN DO THAT! I will stay calm, I shall not get mad. WHYYYYYYY!!!!!